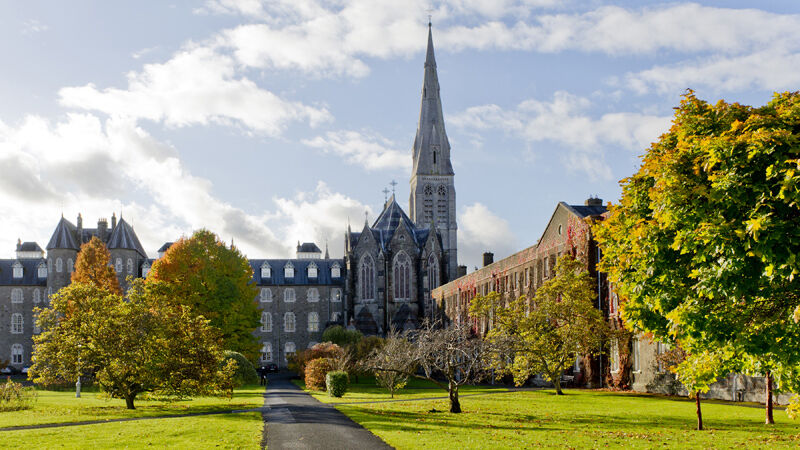 With an original foundation in 1795, St. Patrick’s College, Maynooth is, since 1896, a Pontifical University, dedicated to the disciplines of philosophy and theology.

Drawing on its Catholic tradition, St Patrick's is committed to the highest level in teaching and learning, research, and publication. As an institution it promotes the intellectual, human, and professional development of its students within an environment that respects autonomy and diversity.

The Faculty of Theology, further, strives to communicate, to conserve, and to innovate from within the Christian theological tradition and so contribute creatively to the wider church, society, and culture.

As a Catholic theological faculty rooted in the Gospel, our vision is to flourish in the service of church, society and culture, nationally and internationally, through a community of research and learning that fosters intellectual, pastoral and professional excellence.

Upholding our values and mission are

(II) with regard to culture, Catholic universities have had and still have special importance. By their nature they aim to secure that "the Christian outlook should acquire a public, stable and universal influence in the whole process of the promotion of higher culture."

In the first place, the Church has entrusted to these Faculties the task of preparing with special care students for the priestly ministry, for teaching the sacred sciences, and for the more arduous tasks of the apostolate. It is also the task of these Faculties "to explore more profoundly the various areas of the sacred disciplines so that day by day a deeper understanding of sacred revelation will be developed, the heritage of Christian wisdom handed down by our ancestors will be more plainly brought into view, dialogue will be fostered with our separated brothers and sisters and with non - Christians, and solutions will be found for problems raised by doctrinal progress."

While carrying out their primary duty of attaining through theological research a deeper grasp of revealed truth, those engaged in the sacred sciences should therefore maintain contact with scholars of other disciplines …

(V) To attain these purposes, Ecclesiastical Faculties should be organised in such a way as to respond to the new demands of the present day …

In addition, there is a steadily growing interest being shown in the theological sciences, not only among the clergy but also by lay people, who are attending theological schools in increasing numbers.

Finally, a new attitude has arisen about the structure of universities and Faculties, both civil and ecclesiastical. This is a result of the justified desire for a university life open to greater participation, a desire felt by all those in any way involved in university life. Nor can one ignore the great evolution that has taken place in pedagogical and didactic methods, which call for new ways of organising studies. Then too there is the closer connection that is being felt more and more between various sciences and disciplines, as well as the desire for greater cooperation in the whole university environment.