This online exhibition uses images and other records from the College archives to explore the heritage of education at Maynooth since 1795,

Please keep an eye on this page for future updates

Please join the chapel Choir of Trinity College Dublin for choral evensong in the historic College Chapel of St Patrick's College, Maynooth. Works to include settings by C.V. Stanford

The Schola Gregoriana, the Maynooth College Chapel Choir and Professor Gerard Gillen (honorary doctorate of SPCM) for a gala concert as part of the 225th anniversary celebrations

The full concert can be viewed HERE

‘Choir of the World’ Maynooth University Chamber Choir and the Bellarmine University Choir Kentucky present a joint concert of choral classics from the Renaissance to modern era. 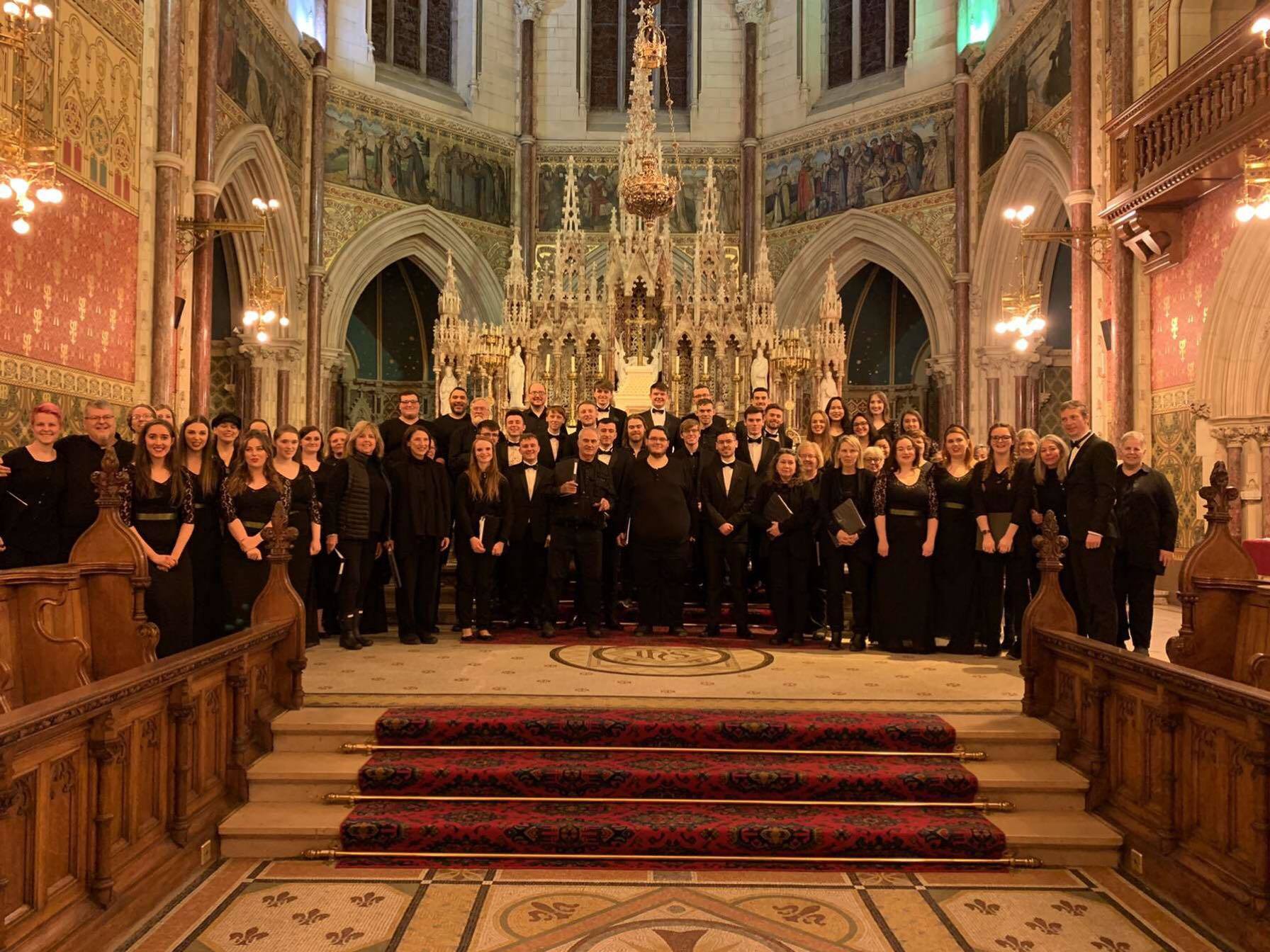 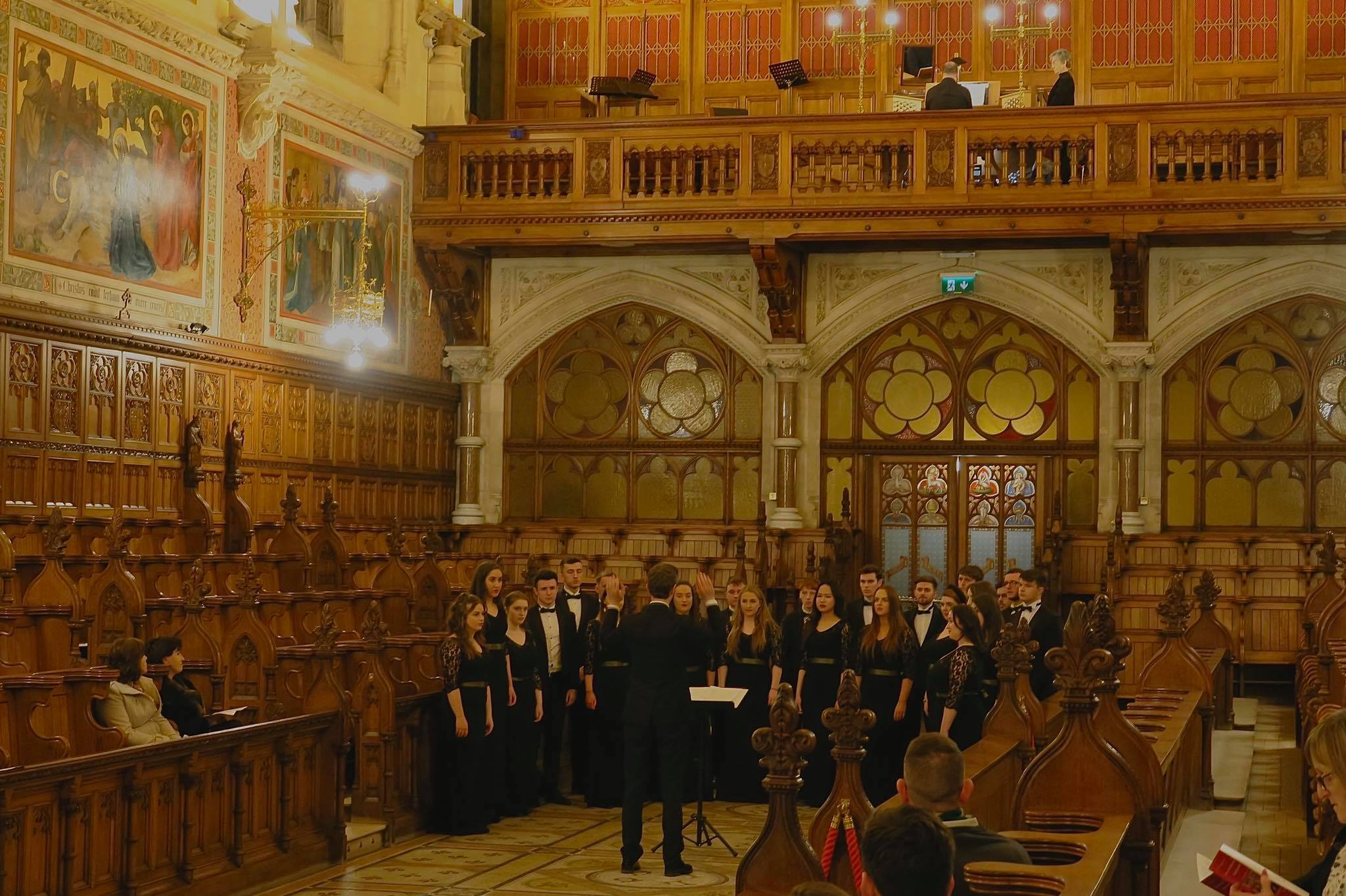 There are inextricable links between Fr Peadar Ó Laoghaire and Maynooth because, long before he became recognised as a language campaigner and literary pioneer during the Gaelic Revival period, he spent six years studying at St Patrick's College. Amongst his achievements, he wrote the first Irish-language novel entitled Séadna, which is rooted in Ireland's oral tradition and celebrates kindness, community and integrity in its battle of wills between an ordinary man and the devil himself. In order to commemorate one hundred years since the passing of Fr Peadar, both students and staff from the Irish-language community of Maynooth campus came together for this short film which retells the iconic story.

“Peadar Ó Laoghaire (Peter O' Leary), was born in the Gaeltacht in Liscarrigane, County Cork in April 1839 and died on 21 March 1920. He was a Catholic priest who studied for the priesthood in Maynooth and was ordained in 1867. It was in Maynooth that Ó Laoghaire realised the Irish language was endangered. He was a member of the Gaelic League.

Ó Laoghaire had a passion for two main things: Catholicism as fundamentally ingrained in Irish identity; and the Irish language. He was very concerned with the autonomy of the Irish people from the British, and this fuelled his dislike of Protestantism and the English language, as two things which the British had introduced to Ireland and used to oppress the people. At times he implies that the English language is inferior to Irish, and that the Irish language is inherently present in Irish people, whether they grew up with it or not, and that they can express themselves better in Irish than in English as a result. He was also a great believer in the purity of the Irish language, and very critical of the invention of new words by scholars, as he deemed these to be unnatural and offensive to native speakers.

In conjunction with Maynooth University, the postgraduate open evening is an excellent opportunity to explore the range of Masters, Diploma or PhD programmes on offer here at St Patrick’s College, Maynooth.

Full video of the lecture is available HERE

The Annual Monsignor Patrick J. Corish Lecture was delivered by Prof. David Morgan (Duke University) on the topic of ‘The Visible Culture of Revelation: Visions and the Imagery that Make them Visible’ on March 11 2020 at 7.30 pm in Renehan Hall, St. Patrick’s College, Maynooth. This annual lecture is held in honour of Monsignor Patrick J. Corish, Professor of Ecclesiastical History, and later Professor of Modern History, at St Patrick's College Maynooth, County Kildare. David Morgan is Professor of Religious Studies with a secondary appointment in the Department of Art, Art History, and Visual Studies at Duke University, North Carolina. He chaired the Department of Religious Studies from 2013 to 2019. Morgan received his Ph.D. at the University of Chicago in 1990. He has published several books and dozens of essays on the history of religious visual culture, on art history and critical theory, and on religion and media. Images at Work: The Material Culture of Enchantment, was published in 2018 by Oxford University Press. The Forge of Vision: A Visual History of Modern Christianity, based on the 2012 Cadbury Lectures delivered at the University of Birmingham, UK, appeared in 2015 from the University of California Press. Previous books include The Embodied Eye: Religious Visual Culture and the Social Life of Feeling (California, 2012), The Lure of Images: A History of Religion and Visual Media in America (Routledge, 2007) and two that he edited and contributed to: Religion and Material Culture: The Matter of Belief (Routledge, 2010) and Key Words in Religion, Media, and Culture (Routledge, 2008). Earlier works: The Sacred Gaze (California, 2005), Protestants and Pictures (Oxford, 1999), and Visual Piety (University of California Press, 1998). Morgan is co-founder and co-editor of the international scholarly journal, Material Religion, and co-editor of a book series entitled Bloomsbury Studies in Material Religion, published by Bloomsbury, London. He is currently at work on a new book under contract with the University of North Carolina Press, entitled The Thing about Religion: An Introduction to Studying the Materiality of Belief.

St Patrick’s College Maynooth were delighted to host the inaugural St Patrick Symposium. It was designed to re-engage with the sources concerning St Patrick and the traditions that attach to his name, his story, and the Irish land and people associated with him.

The symposium was help on the 12th March.

An evolving tradition of the later Viking period: Patrick, Armagh and Munster in the Bethu Phátrain

Patrick in the Digital Age 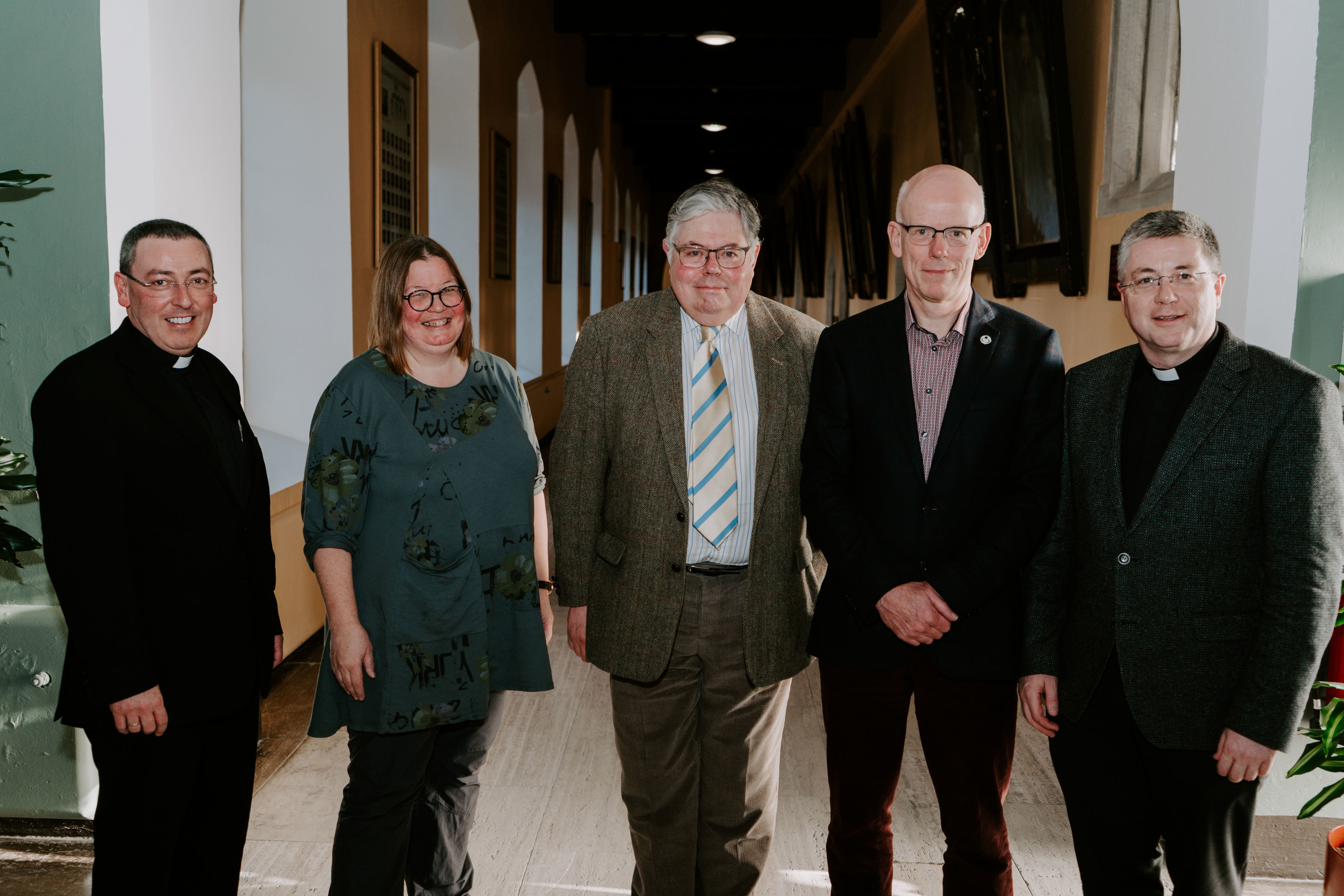 Come and Experience the Easter Triduum at St Patrick’s College, Maynooth. All ceremonies take place in the College Chapel accompanied by music from the Maynooth College Chapel Choir directed by Dr John O’Keeffe

Choirs from Ireland and afar travel to Maynooth to take part in workshops, concerts and competitions as the compete for the coveted, ‘Choir of Choirs.’

The Maynooth Union was founded on the 27th of June, 1895, at a meeting held during the Centenary Celebration of Saint Patrick’s College, Maynooth. The object of the Union is to foster a spirit of mutual sympathy between the College and its past students and friends. It is also an opportunity to celebrate the diamond, Gold and Silver anniversary’s of our alumni.

Save the Date! This will be an evening of fun and reminissing for all Lay alumni. An opportunity to reconnect with your classmates.

We would love for all alumni to connect with us on Linked In. (Pontifical University, St Patrick’s College Maynooth) or by email alumni@spcm.ie

Please help us update our records by completing the attached questionnaire