The College Chapel of St Patrick's College, Maynooth is one of the most beautiful places of worship in Ireland. The College was founded in 1795 as the National Seminary, and this is the principal Chapel of the College. Over 11,000 priests have been ordained from Maynooth since its foundation, and they have ministered in every parish in Ireland, and most parts of the world. We are delighted to be able to share this virtual tour with you.

Built between 1875 and 1891, this Chapel has 454 carved stalls, making it the largest of its kind in the world. Augustus Welby Pugin had designed the adjoining quadrangle in the 1840’s and the Chapel was designed by JJ McCarthy, professor of Architecture at the Catholic University. The spire was added to commemorate the first centenary of the College in 1895, and was designed by W Hague. Completed in 1902 at 273 feet, it is the tallest building in Leinster

The College Chapel will be open to the public on the following times for the month of October (Excluding Bank Holidays and Official Events): 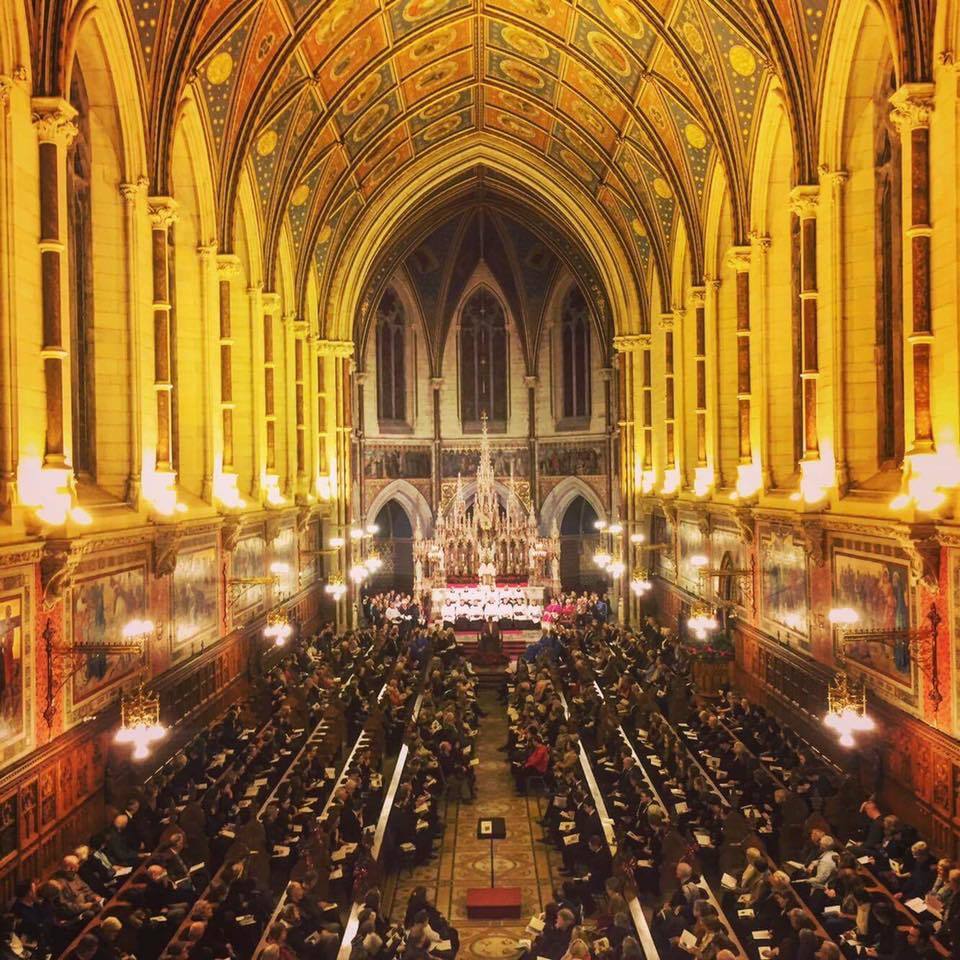